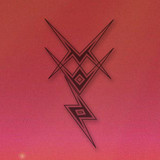 Majesty of Revival - Ukrainian Progressive Metal band founded in 2009 by Dimitriy Pavlovskiy A characteristic feature of their music is often an unusual combination, technical, and at the same time melodic performance. The band released 4 full-length albums and already earned a name far beyond Ukraine. In early 2020 Majesty Of Revival began to record their fifth album. Later on, they pull out a series of singles in anticipation of the next album "Pinnacle"!