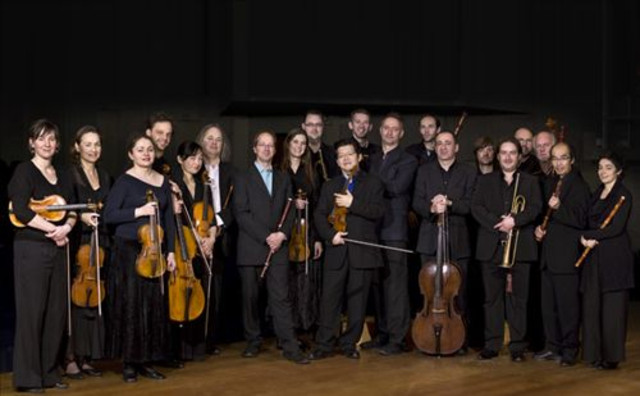 Il Gardellino is a period-instrument ensemble devoted largely to the performance of Baroque music, both instrumental and vocal. Consisting of eight core members, Il Gardellino can range in size from three to as many as thirty players, depending on demands of the repertory. That said, most of the instrumental concerts feature fewer than a dozen performers. While the group has focused heavily on Baroque music, in particular works of J.S. Bach, Telemann, and Handel, Il Gardellino's repertory takes in music by Mozart, Beethoven, Mahler, and such unlikely 20th century composers as Astor Piazzolla. Il Gardellino regularly tours throughout Europe, the Americas, Israel, Japan, and elsewhere, and it has made numerous recordings over the years, most for the Accent label. Il Gardellino was founded in Belgium in 1988 by flutist Jan de Winne and oboist Marcel Ponseele, who together also serve as the ensemble's music directors. The remaining core members are: Ryo Terakado (violin), Sophie Gent (violin), Mika Akiha (violin and viola), Hervé Douchy (cello and bass violin), Shalev Ad-El (keyboard; also occasional conductor), and Lieven Termont (baritone). All of the core members are well known in early music circles and most are current or former members of such well-known ensembles as Orchestre des Champs-Elysées, La Petite Bande, and the Amsterdam Baroque Orchestra. The inspiration behind the ensemble's name is Vivaldi's Flute Concerto in D, Il Gardellino (The Goldfinch), Op. 10/3 (RV428). While the founders and core members were highly regarded at the time of the Il Gardellino's 1988 founding, it gradually built the ensemble's reputation throughout the 1990s, eventually earning the favor of both critics and public alike. By the early years of the new century, Il Gardellino was regularly garnering praise at major concert venues not only in Europe, but in the U.S. as well. A March 2002 appearance at New York City's 92nd Street Y, featuring a performance of Handel's oratorio Esther, with the vocal ensemble Oslo Baroque Soloists, was critically acclaimed. By this time, the first recordings had just been issued, a 2001 CD of six Vivaldi concertos on the Klara label, and a 2002 disc entitled Concert Life in 18th Century Berlin, on the Accent label. There followed a string of successful recordings, including the 2006 disc of concertos by Johann Gottlieb Graun, also on Accent. Il Gardellino's concert schedule remained busy, too: 2010-2011 tours included concerts in Belgium, France, Netherlands, Switzerland, Romania, Thailand, and South Korea.