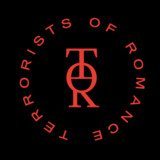 Terrorists Of Romance is an Indie Folk and Alternative Rock band formed in Barcelona in 2019. Vanessa Salvi, composer and performer, of Italian-Norwegian descent is the creator of this musical project integrated by Francisco Ujaque “Kiko” (bassist and arranger), Pol Barberán (keyboards, synthesizer and guitar), Noel Campillo (guitar), Sergi Karod (Drums). Vanessa began the composition of her debut album in 2018 dedicating it to her father who died in 2010. This work was published on September 13, 2019 and produced during that same year by Manuel Colmenero, noted producer of artists such as Vetusta Morla, Joaquín Sabina and India Martínez among others. 'After you left' is made up of 11 songs that make up an anthology in which she reveals some of her life stories with a touch of ironic romanticism in the form of “letters” to her father, such as her anxiety about being a mother with “My Little Man”. "Always Choose Wrong", "Shine for Me" and "Detox Me of You" were the first three previews of "After you left", also accompanied by official video clips.