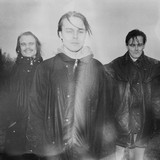 Friday night at Flow Festival 2018 was a special moment for Finnish rock music fans, as it marked the long-awaited return of long-loved band Joensuu 1685 to the country’s music scene. That show, their first in 8 years, which Stereogum said ended “the festival’s first night on an otherworldly and beautiful note” marked the first step of the trio’s comeback, and now they’re ready to return properly with a new single, a new album and a European tour this spring. Joensuu 1685’s new single, their first in a decade, is the appropriately-titled “Hey My Friend (We're Here Again)”. Krautrock and spacerock are the band’s new stylistic take-off points, and on “Hey My Friend” they shape them into their own majestic, moving sound, on a song that sounds like the open sky stretching out before you. It’s an immediate introduction to the band’s new sound, a grand, sweeping emotive dreamrock that takes the listener into a new era of Joensuu 1685.