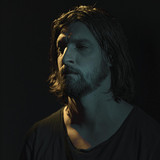 Lowercase Noises is an ambient instrumental project by New Mexico-based composer, producer, and multi-instrumentalist Andy Othling. Early experiments with rudimentary recording equipment and a handful of effects pedals eventually led to the release of Othling's first major work, the 2009 full-length release Seafront. His mix of ambient guitar work, electronica, and post-rock elements was further expanded on a trio of 2010 releases: Carry Us All Away, Ambient Songs, and Marshall, the latter of which was written for his newborn son. Over the next few years, Othling continued to develop new works, eventually returning in 2014 with This Is for Our Sins, a spacious blend of sweeping post-rock and gentle organic soundscapes. Like his earlier releases, it was self-produced and self-released. 2017's The Swiss Illness featured a lusher ambient sound. ~ Timothy Monger, Rovi