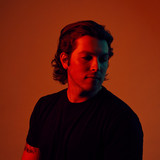 Josh Kerr is a Grammy winning & CMA nominated hit-songwriter and music producer at Black River Publishing based in Nashville, TN. Kerr won Song of the Year as a co-writer of for KING & COUNTRY ’s multi-chart No. 1, “God Only Knows” at the 2019 K-Love Fan Awards and again at the Dove Awards. He was nominated at the 2018 CMA’s for Album of the Year as a co-producer for Keith Urban’s Graffiti U, featuring “Never Comin Down,” the ­­­­Top 20 hit co-written and co-produced by Kerr. His multiple US No. 1 songs include for KING & COUNTRY’s “God Only Knows,” which claimed more than 10 weeks at the No. 1 spot, the RIAA Platinum-certified “My Girl” recorded by Dylan Scott, and the RIAA Platinum-certified “Love Me Like You Mean It” and “Dibs” recorded by Kelsea Ballerini. As a songwriter and producer, Kerr has worked with a variety of artists spanning multiple genres including Camila Cabello, Danielle Bradbery, Devin Dawson, Dolly Parton, for KING & COUNTRY, Hannah Kerr, Ingrid Michaelson, Jake Scott, Jordan Davis, Keith Urban, Kenny Chesney, Little Big Town, Maddie & Tae, and more. Kerr began making music early on in life while growing up in upstate New York. His latest single "If This Is The End" feat. Shelby Darrall is out now.