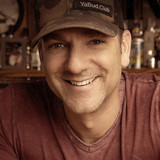 Country hitmaker Craig Campbell has long been admired for his patience and persistence in an industry that all too often relies on overnight success. After landing in Nashville from Lyons, Georgia, his undeniable talent and charm landed him steady gigs as a keyboard player for Luke Bryan and Tracy Byrd. With smooth chops and hot blooded stage presence, it wasn’t long before Campbell broke out into stardom of his own with hits like “Family Man” and “Outta My Head” soaring into the Top 15 on the Billboard Country Charts. Showing off his down home flair in singles like “Fish” and his Top 10 smash “Keep Them Kisses Comin”, Campbell became a boot stompin’, crowd pleasing favorite. His critically acclaimed ballad, “Outskirts of Heaven” was performed on NBC’s TODAY show and praised by Rolling Stone for its uplifting message. A regular on the Grand Ole Opry, Campbell also wowed audiences around the country on Luke Bryan’s highly successful Huntin’, Fishin’, and Lovin’ Everyday Tour. In 2018, he released See You Try, a seven-song EP on Broken Bow Records. 2020 has brought on a partnership with EMPIRE and the release of new music on his own accord, starting with his romantic ballad, “It’s About Time”. The let loose anthem, “All My Friends Drink Beer” followed and now he is showing off his country pride with “Flyin’ My Country Flag.”