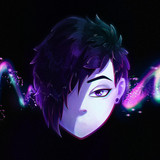 Hey there! My name is Dima Lancaster and I am a musician/multi-instrumentalist/sound engineer and composer currently based in London, United Kingdom. ~ I was 15 when I realized that rock music really makes my heart race and I've been sticking to that genre ever since. I've had the opportunity to perform in various bands (two of which I was the founder of), try out different sub-genres (acoustic rock to post-hardcore) and produce over 200 songs. ~ In 2011 I made a decision to move the United Kingdom to pursue a music career and get a degree in Sound Engineering. It took 3 years of experimenting and finding myself musically, dozens of sleepless nights and hundreds of unfinished demos. ~ And then, in early 2014 everything suddenly clicked (pun intended). I uploaded my first cover, "Click" from the anime "Nisekoi", as a Valentine's Day gift for my Facebook friends that suddenly exploded in popularity a week later. That's where my journey truly began. ~ Make sure you check out my YouTube channel /dimalancaster for the latest covers, acoustic ballads, metal versions and pop-punk goodness!