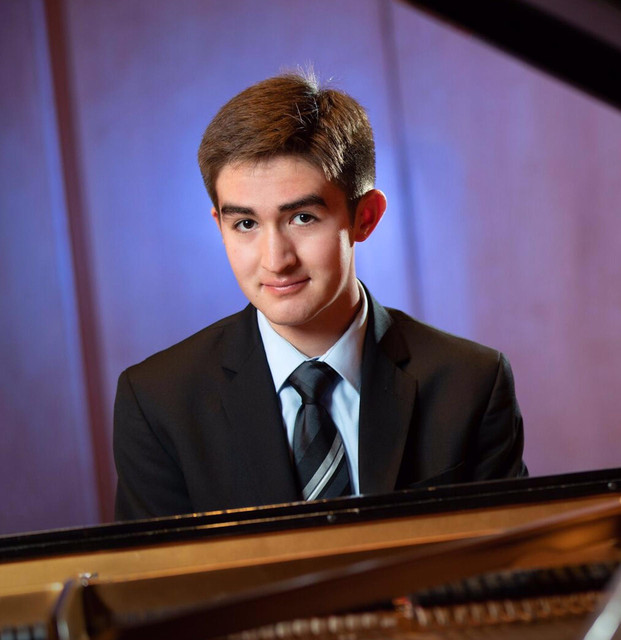 Born and raised in Duluth, Minnesota, Sam Chandler is a pianist, composer, and aspiring educator.   For many years, Sam studied with Suzuki instructors Denise Lindquist and John McLaird, and later took a new direction in his development when he began lessons with Ryan Frane and joined his high school's jazz band under the direction of Blake Peterson. Since this shift to improvisation, Sam has attended a multitude of clinics hosted by active jazz educators and performers. He has recently studied with Yoko Miwa, Bruno Raberg, Mark Copeland, Lello Molinari, and has attended forums by Kenny Werner, Ron Carter, Joe Lovano, John Patitucci, and Billy Childs.   A member of the MMEA All-State Jazz Band in 2017, the Interlochen 2018 Jazz Camp, the top-placing Class AA big band for the 2019 Eau Claire Jazz Festival, and a sub for the Big Time Jazz Orchestra and the Owls Club Big Band, Sam has been an active participant in the Duluth local and regional music scene. He was also a co-founder and member of Laney and the Tramps and also released his debut album First Steps, featuring Matt Tessier on bass and Cory Coffman on drums. His latest highlights include performing with trumpet player/composer/educator Adam Meckler at the first annual ISD709 Jazz Festival, enrolling at Berklee College of Music on a World Tour Scholarship, and recording his first Spotify release.