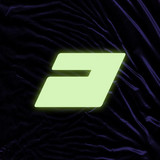 AvaGrace are an alternative rock band from the South East of England.  The band has gained extensive airplay from BBC Introducing and Kerrang! Radio aswell as the video for "The Beauty Of Sleep" being aired on Scuzz TV.   Also having played some great shows supporting bands such as Lower Than Atlantis, Black Peaks, Mallory Knox, Dream State, The Faim and Dance Gavin Dance to name but a few aswell as their own headline tour and festival slots the band have earned a strong live reputation and an ever growing fan base. Their debut album ‘The Witching Hours’ is out now!