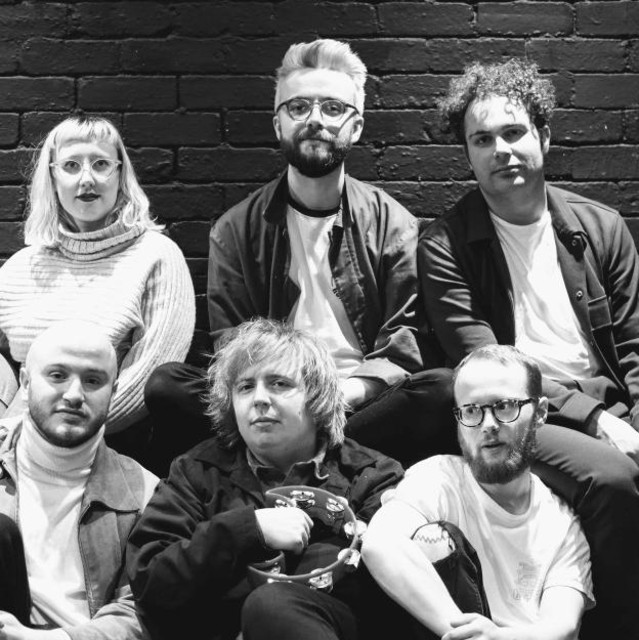 Savage Mansion is an indie rock group from Glasgow led by songwriter Craig Angus, and featuring a cast of musicians from the city that includes Andrew Macpherson, Jamie Dubber, Lewis Orr, Beth Chalmers and Taylor Stewart. Released in February 2018, Revision Ballads is an album unafraid to wear it’s influences proudly for the world to see; The Velvet Underground’s no-fi swagger, Pavement’s easy, sing-speak vocals, R.E.M.’s shimmering guitar tones. Lyrically the tracks are literate and often quietly comical, flittering from Elwood’s personal musings on childhood tormentors to the more politically charged Dog O’Tears, Craig’s rambling response to the rise of xenophobia on our streets. The group recorded second LP Weird Country in April 2019, decamping to London with producer Chris McCrory to make their best and most expansive music to date, an anthemic and confident collection of songs inspired by the musical storytelling of The Kinks and The Replacements. Weird Country expands on the punk sensibilities of Revision Ballads, exploring the chaotic turbulence of the modern world, and trying to find a place within it, with musical and lyrical nuance. Whilst the band’s early releases invited favourable comparisons to Parquet Courts and Courtney Barnett, the new material is fleshed out with shimmering vintage synths, drunken bar band piano and harmonies Teenage Fanclub would be proud of. Savage Mansion are just getting started. They may just be your new favourite band.