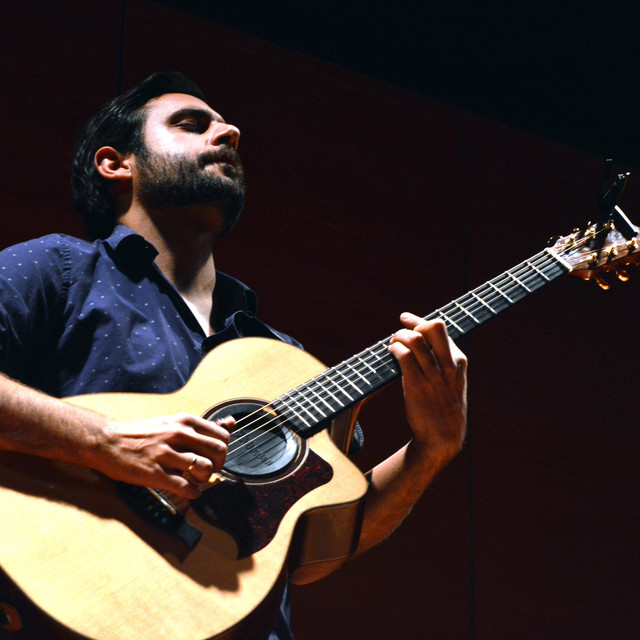 Guitarist and composer. Born in a family of musicians, grow up in an artistic environment, trained in music since childhood (violin, cello and clarinet). Later on, when he was fourteen he started playing guitar. He studied with different guitar teachers at different music academies and later when he turned 23 years old, he honed his studies in modern music at Boston University's Berklee College of Music, where he had the opportunity to enrich his musical skills through direct contact with excellent teachers and musicians from all around the world. As a guitarist he has been a member of several bands in Spain and the United States. It emphasizes the diversity of musical genres that interprets: country, world music, gypsy jazz or fingerstyle, among others. Currently he is developing his career as a solo acoustic guitar player, focusing on fingerstyle guitar and percussive guitar. Playing concerts and participating in guitar festivals after his two albums "Cambio y Movimiento" (2014) and "Worldquestra" (2016) He has released two singles, "Waterfall" (2017) and "It's about the groove" (2018).