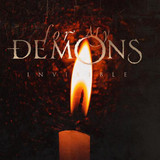 Featuring For My Demons

For My Demons was born from an idea of Gabriele Palmieri (voice), which began to take shape after his separation from Neverdream. The first full length was released in 2017 via Revalve Records, entitled - Close To The Shade - The album with its elegant dark Rock / metal with prog undertones received excellent feedback from the media and listeners. After a change of Lineup, the band arrives at the current formation that from 2018 to 2019 performs a series of concerts to promote the album. The most important is certainly the opening act to the masters of melodic death dark, the Italians NOVEMBRE. In 2020 the songwriting phase of the new album begins. This time it will be a concept album

that will revisit the tragedy of Othello. The Moor of Venice,