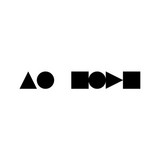 The plural inherent in AG Form’s name is settled: Something great is mostly made out of many or actually comes into being through many. According to this AG Form stylistically stands somewhere between jazz, pop and post-rock. Their music is at the same time the experiment to bring together the individual tastes and musical pasts of the four band members as well as sounding out the borders of traditional genres as musical borders. Influences like hiphop and jazz, Tortoise, Do Make Say Think and BadBadNotGood kind of form the lowest common denominator. 2015 their first EP „Lichtenberg“ was released, now AG Form’s debut album „Commons“ is out. „Commons“ is the preliminary result of a longer journey and an debut, which lead AG Form away from the older more post-rocky pieces of the Lichtenberg EP to more beat, more jazz but not yet to a real end of the story. At least you could think so, if you reached the epic ending of an album, that starts with dark tones and shuffled rhythms. So there are loops, melodies and dynamics, there is difference and repetition, which denies to be labeled too easily. In the end, „commons“ shows the endeavor to find something like an own ,sound‘.