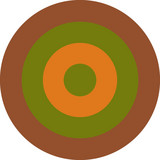 Ben Harper And The Innocent Criminals

Singer/songwriter Ben Harper formed the Innocent Criminals to act as his supporting band for 1999's Burn to Shine, his fourth album and first to focus heavily on his rock side. From that point on, the Innocent Criminals were a semi-regular concern, the group that Harper returned to whenever he wanted to underscore his funky, fuzz-guitar side. The Innocent Criminals featured bassist Juan Nelson, drummer Dean Butterworth, and percussionist David Leach, all showcased on Burn to Shine. That album started to increase Harper's exposure -- it inched up to 67 on the Billboard Top 200 and went all the way to two in Australia -- and between that 1999 set and the next Innocent Criminals album, Lifeline, in 2007, Harper's star rose thanks to the albums Diamonds on the Inside (2003) and Both Sides of the Gun (2006). By that point, only Nelson remained in the Innocent Criminals lineup; the rest of the band comprised guitarist Michael Ward, drummer Oliver Charles, keyboardist Jason Yates, and percussionist Leon Mobley. Lifeline debuted at nine in the U.S. and the band supported it with a tour. It took Harper nearly ten years to return to the band, but he did so in 2016, releasing Call It What It Is that spring. ~ Stephen Thomas Erlewine, Rovi