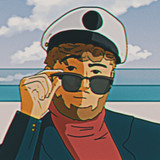 Engelwood is a 23 year old hip-hop/electronic music producer from Princeton, NJ who currently resides in Madison, WI. He started making music at the age of 18 and discovered the program “FL Studio” after being forced to stay home from high school due to a suspension. Drawing on influences from producers like Flamingosis and Vanilla as well as Japanese funk and soul music, Engelwood’s music could best be described as the soundtrack to your trip to the beach. He blends funk, soul and tropical music together to create a unique fusion of sounds you can relax to or dance to. In addition, Engelwood is known for his beat production for some of Yung Gravy’s biggest hits such as “Knockout” and “Yung Gravity.” engelwood.co