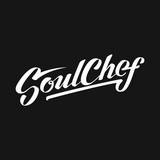 SoulChef is a matured hip-hop producer with a clear passion for his craft and artists that he works with. Providing a thought invoking serenity in his music style, he draws influence from classic soul, jazz and hip hop. Altogether, the result is a well seasoned musical fusion carrying an undeniable heartfelt emotion behind the art of his productions. Meticulously and with precise attention to detail, SoulChef has been able to establish his presence as a producer, instrumentalist and engineer alike. Since 2010, he has taken the opportunity to collaborate with artists from all over the world while also making his mark in the global hip hop community. With well over 25 releases and over 35 million streams worldwide, he caters to both the lyrical and instrumentally driven fan base by employing a unique strategy which offers both options to the listeners. Whether you enjoy sinking into the scriptures of conscious lyricism or need a soulful instrumental to play along with your soundtrack of life, SoulChef is sure to provide the right feeling for your mood.