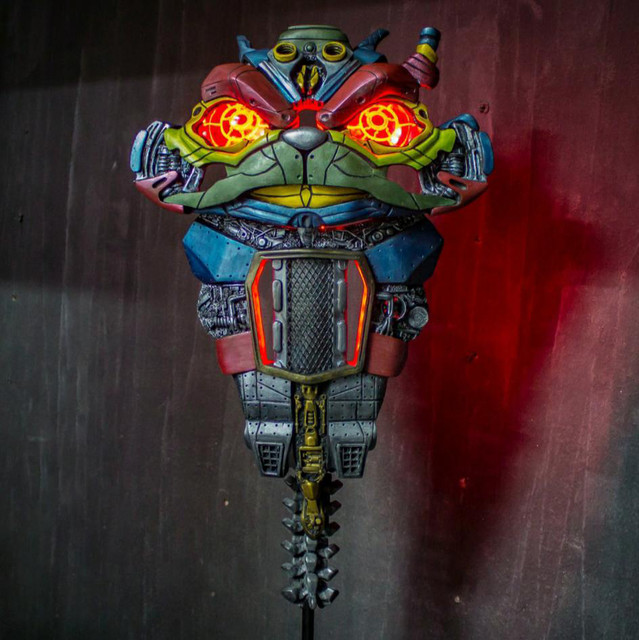 Manga are often labeled "the Turkish Linkin Park," and there is a point to this, but "Turkish" is a musical, not geographical marker here -- the band fuses alternative metal, rap, and touches of electronica with Anatolian melodies. This blend of cosmopolitan rock and local traditions has made Manga into one of the biggest rock acts in Turkey, and in the late 2000s the band began to make inroads on the European scene, scoring at the MTV Europe Music Awards in 2009. Manga (or maNga, per band's spelling) were formed in 2001 in Ankara; their name really comes from Japanese comics, a common interest of the five group members (reflected in cover designs as well). They started out as a cover band playing local clubs, but after a while began to work on their own material, with guitarist Yagmur Sarigül taking on the role of songwriter. Their big break came with the music contest Sing Your Song, where they landed in second place, attracting the attention of Hadi Elazzi, manager of the GRGDN label, who got Manga a deal with Sony Music. The label released their eponymous debut full-length in 2004; the album, which featured guest appearances from alt-rockers Kargo and Vega, was a huge success, going gold in Turkey (sales over 100,000) and bringing a bevy of awards and festival slots for the band. In 2006, the record was re-released as Manga+, with some new songs added, and "Dursun Zaman," a duet with folk-pop star Göksel, was featured in Sinav, a local smash hit movie starring Jean-Claude Van Damme. The same year, Manga had their first stabs at wider recognition -- their song "Bir Kadin Çizeceksin" was featured in the FIFA 06 video game, and the band also played the Sziget festival in Hungary. They kept a low profile during the next couple of years, with the exception of a little scandal during a Tarkan show in London, when they were slated as an opening act, but refused to play because of technical problems. However, in 2009, Manga returned to the spotlight, releasing their second album, Sehr-i Hüzün, and winning the Best European Act award at the MTV Europe Music Awards (the second Turkish act in a row to do that after Emre Aydin). ~ Alexey Eremenko, Rovi