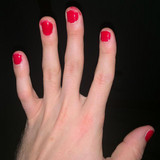 Lovechild of a wayward New York boy and the city of Nashville, Sundaes survives on McFlurrys, Steel Magnolia's and the complete works of Lana Del Rey. The project draws influence from a combination of early oughts’ indie rock, nu disco, and genre assorted hits or all eras. Dancing among the kings of country, a queen does their best. Sundaes made it's performance debut in the spring of 2015 with a set of two sold out shows at the Chelsea Hotel Storefront Gallery in New York. Fall 2015 the song “Walk My Street” appeared in the soundtrack of Best Picture Winner Spotlight. Sundaes’ self-titled debut EP was released July 2017. A follow up single "Pretty Wife" was released May 18th 2018. Sundaes' debut full length will be out April 3rd 2020.