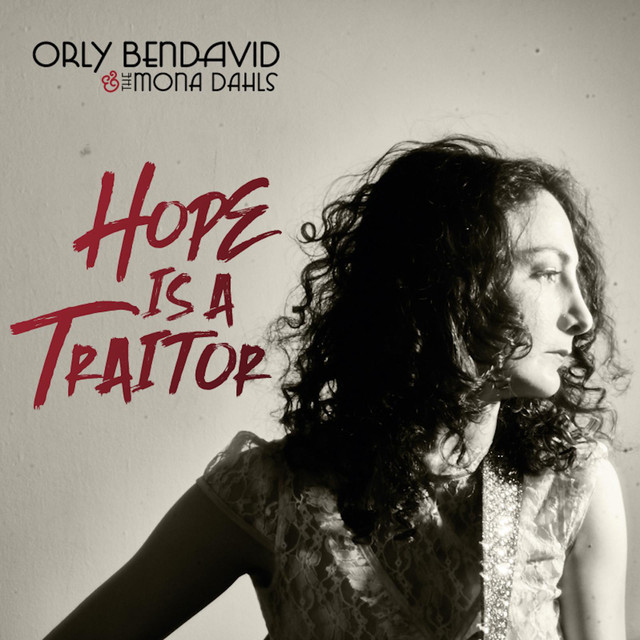 Orly Bendavid has the soul of a poet and the heart of a warrior. Her songs often explore life’s darker side, shining a light onto difficult emotional situations with unforgettable melodies and lyrics that combine humor and uncompromising honesty. She’s been playing music for as long as she can remember, but had to overcome an almost crippling stage fright before becoming a performer.

Along the way, Bendavid played in bands, and at open mics, gradually overcoming her inhibitions to take on the role of lead singer, guitarist and songwriter. After moving to Brooklyn, she put together The Mona Dahls, over the years, the band slowly evolved into the current lineup: Curtis J. Brewer, lead guitar and producer; Michael Talley, bass; Robin “Mitch” Mitchell, keyboards, Ariel Weissberger, drums and percussion and violinist Daniella Fischetti. The players all have long musical histories and bring elements of jazz, classical and world music to the arrangements. “I come from an Israeli/ Moroccan background,” Bendavid says. “That music is so mournful. As the melodies unfold, they are filled with longing and melodic tension, so my relationship to minor and diminished chords is slightly obsessive.”