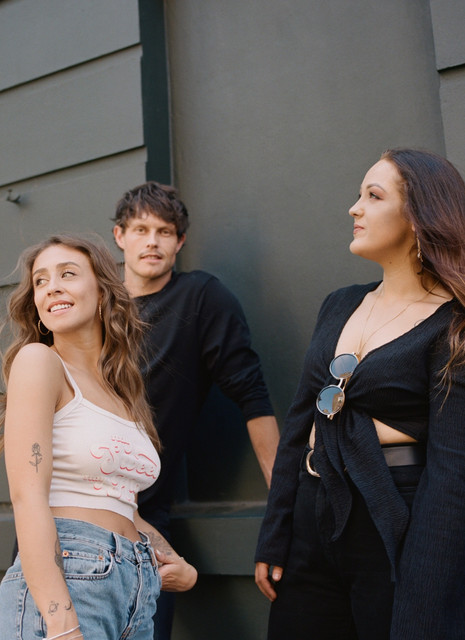 Abbie and The Roses

Featuring Abbie and The Roses

Abbie and The Roses are an alternative pop band formed in London in 2018 by vocalist Abbie Rose, guitarist Nick Crowe and backing vocalist Maeve Brennan.   The band first burst onto stages with their infectious debut single “All This Time”. Mixed by world-renowned engineer Geoff Swan (Ed Sheeran, Liam Gallagher, Kings Of Leon, Charlie XCX, Years & Years), this disarmingly honest break-up tale heads straight to the heart and just won’t let go. Abbie and The Roses’ self-penned and self-produced debut single showcases their expansive sound and deeply personal songwriting, delivering a sharp hit of raw honesty rarely heard in recent years.   Following the success of their first two studio releases and one live acoustic track the band have been in the studio working on collection of new songs ready for the new year. As 2020 draws to a close the band release their third studio single ‘Atmosphere’ a heartbreaking piano ballad fitting for the difficult times 2020 has brought upon us.   They look to 2021 with positive energy as it’s set to be a huge year for the band. They prime to hit stages once again with an all new storming set of soul-stirring songs, with their sights set on the stratosphere!