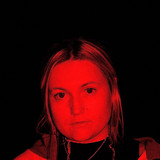 GIYA’s blinding debut, ‘The Almost Real EP’, shows off the singer-songwriter in all of her nuanced glory. Recorded over a period of four years, while she honed her sound touring with Hak Baker, it’s a memoir of tales and stories of evolving adolescence into adulthood; a debut EP that leaves an indelible mark on its listeners. Growing up in South West London but now living in Brighton, GIYA's music journey began when she met her long term producer Ali Bla Bla, and after just a few sessions, they quickly produced some fruits that had to be shared. Following in the footsteps of her peers, particularly Hak Baker with whom she will be supporting on his nationwide tour, the ‘Almost Real EP’ is a body of work from an artist on the cusp of something very special.