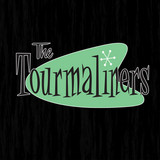 "The Tourmaliners (pronounced The Tur – Mo – Leen – ers) excel at performing surf music favorites such as The Ventures “Walk Don’t Run,” but also includes plenty of other hits of the era as well, breathing new life into songs such as “Money” and Gary U.S. Bonds “New Orleans,” with spirited performances. Led by guitarist Deven Berryhill (Son of Bob Berryhill, original guitarist of The Surfaris who wrote and recorded the international hit song Wipe Out!) ...the band includes originals from their new album, Tourmaline Dream, in their set, with tunes such as “Point Break,” sounding as good as the classic tunes of their influences." - Bart Mendoza, Columnist - San Diego Troubadour Magazine.

The Tourmaliners' new album "Tourmaline Dream" has been awarded "2019 Album of The Year" by Pipeline Instrumental Review UK and was recently nominated by the San Diego Music Awards for 2020's "Rock Album of The Year."