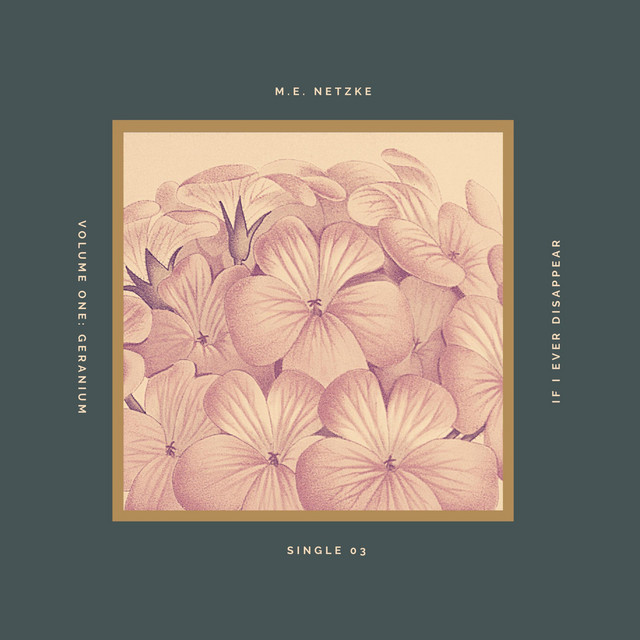 How does one survive a near-death experience? Once you're past it, you don't exactly get to decide how you feel about it or what it does to you. You can brush it off and call it a lucky break, or you can allow it to galvanize what it is you ought to do with the time left. The latter proved to be the road taken by the autumnal M.E. Netzke (Ehm-EE Net-skEE). After reconditioning himself from a haphazardous jaunt to the ER for carbon monoxide poisoning, he abandoned various musical genre pursuits to hone in on something both charming and wistful. The result was 2019's EP, Volume One: Geranium. "I was listening to a lot of Rufus Wainwright, Zach Condon, Julie London, and Patrick Watson while the songs came together. I wanted them to sit outside of the conventional “pop” archetype," he says of his approach to the EP. "I was getting into jazz on my guitar and it helped bring a mood to the music I was looking for. I had also just met Jon (Anderson). I knew he was who I wanted to work with the moment I saw his Mellotron and Juno-60 sitting within arms reach of his desk. I immediately felt a kinship." There's little to know about the artist pre-2019. The entirety of his music history was either performed on a stage in Korea or recorded and shelved for reasons unknown. Since retracing his steps back to North America, he's spent the mass of his intentions coming up with designs to bring a dewdrop of melancholy to your day.