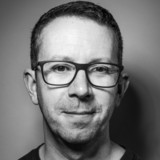 Since signing to Hospital in 2003, Nu:Tone has risen through the ranks to become one of the most highly respected producers in the scene, with everyone from LTJ Bukem to Sub Focus busting his tunes. Few drum+bass artists command the same respect as Nu:Tone, both within the scene and across the wider dance music community, with his recent discography taking in remixes for the likes of 3 beat, Warner and Sony.Nu:Tone has stripped down and re-worked the likes of Axwell, Sandy Revera et al, with Major labels clamouring for his skills behind a mixing desk.