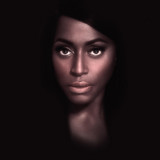 Mica Paris is one of the UK’s most respected female singers with a career full of Top 10 hit singles and albums worldwide. The range, power, and sheer soulfulness of Mica Paris' singing made an immediate impact on the UK music scene in 1988 when she released her debut, platinum-selling album, 'So Good’ from which she had her first top ten hit, 'My One Temptation'. More worldwide hit albums and singles followed, including 'Black Angel', 'Stay' and 'Carefree,' together with collaborations with respected artists such as David Gilmour, Prince and Jools Holland. Mica also hosted her own radio show, 'Soul Solutions' for BBC Radio 2 and with an average of a million listeners, it became the most successful soul and R&B show in the UK. 2003 saw Mica presented with the "Gold Badge Award" by the British Academy of Composers and Songwriters for her contribution to the British entertainment industry and in 2004 she was in the Top 10 list of the "100 Great Black Britons." Towards the end of that year, Mica recorded a soul album based on her BBC Radio 2 show before leaving for Australia for a series of special live performances in Sydney. Her latest release 'Mamma Said' from her upcoming album 'Gospel' is out now.