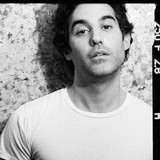 As Joshua Radin describes how his music career began, an image comes to mind of a horse, galloping so fast, it’s almost a blur. Its rider, hangs on for dear life, not sure how he wound up there, but sure as hell not about to let go. At some point, though, he figures out how the reins work, and the horse steps into a smooth canter. When that horse took off 15 years ago, Radin didn’t even know what the moment was... He’d been trying to gain traction as a screenwriter in NYC, but when his attempts fizzled, the frustrated Cleveland native started playing guitar to vent. Eventually, he penned a song, & played it for his friend Zach Braff, star of TV’s Scrubs. Braff suggested Radin send a demo to the show’s producer. Almost overnight, millions of viewers reached for tissues as Radin’s “Winter” aired over an emotional scene. They crashed NBC’s website trying to track down the singer. He’s played to sold-out audiences across the globe, sold almost a million albums, two million singles, combined for over 1 billion streams & earned a Gold record (US) and No. 2 (UK) hit with “I’d Rather Be With You.”

One of the most licensed artists ever, Radin’s music has played in 150+ TV shows, commercials and films. He even performed at Ellen DeGeneres’ nuptials with Portia DeRossi. With his new album "Here, Right Now", Radin partnered with NSALA to help animals in need. Like most aspects of his unexpected career, he takes it all in stride -a nice, easy pace with one hand firmly holding the reins.