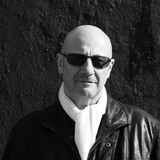 A glass of vintage wine on one hand, a melodic mash of deep, tech and prog on the other hand. Having started his music career in South-East Asia, he moved to London in 2014, move which saw him compiling his regular Enigma Show broadcasted on selected radios, collaborating with heavyweights like Robert Babicz, Paul Hazendonk or Stan Kolev, garnering support from A-list tastemakers, playing in iconic clubs while managing his label Flemcy Music. He recently moved to Berlin, the world capital of techno, and already played in the iconic KitKat club while continuing his growth. He is inspired by a lot of artists, including Cristoph, Maceo Plex, Filterheadz, Melokolektiv, Skober, Enrico Sangiuliano, Christian Smith, Yotto, Moshic, Stephan Bodzin, Eric Prydz among others. His sound ranges from Deep House to Techno, via Progressive House and Melodic Techno.