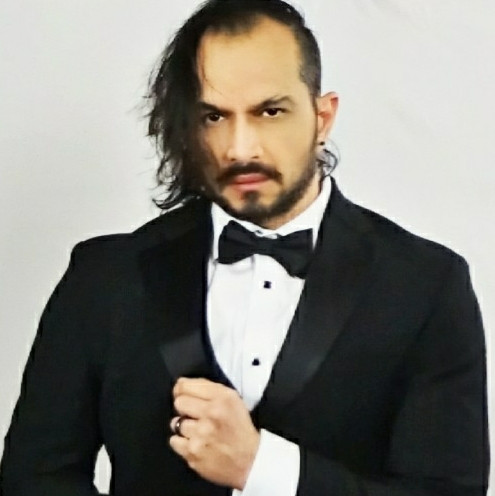 Globally referred to as the King of Kings, Sidow Sobrino was born Diego Hernan Sobrino Guillermo in Merida, Yucatan, Mexico on December 1, 1975. Sidow Sobrino is a songwriter, recording artist, and an actor. Without a doubt the internet's most searched celebrity, He is the newest world-wide sensation in christian pop. His first four singles, "Today is the Day, Honor the King, Someone's Miracle and God's Warriors" have topped the charts since their release in 2019. For the first twenty years of his career, Sidow Sobrino was known as Diegodiego, an internationally recognized actor and singer. His chart topping albums included Quema, Quema, Haciendo Escandalo and The World's Most Powerful Man. As a member of the entertainment industry, he starred in motion pictures, some of which include, the hit movie Del Infierno a la Gloria and Assassin X. Sidow Sobrino also had numerous guest starring roles on television. He guest starred on Shameless, The Carlos Mencia Show, and the game show Spin the Bottle. His career started on the popular soap opera, "La Culpa" in 1995. Recently, Diego Sidow-Sobrino married his partner, Richard Sidow-Sobrino. They live in California with three dogs. Sidow enjoys working out in his home gym, reading books on self-awareness, and world travel.