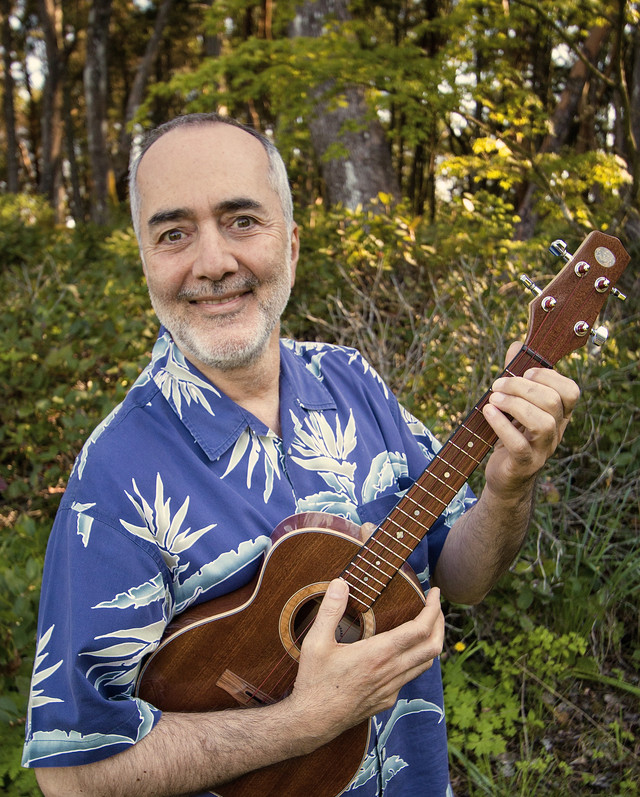 One of the leading lights in children's music, Raffi is virtually synonymous with a light, playful style of song and storytelling. Born in Egypt and raised in Canada, Raffi Cavoukian initially launched his musical career in Toronto as folk singer/songwriter, though he would later find his greatest success when he redirected his performances and recordings toward children in the late '70s. In the ensuing decades, Raffi would go on to revolutionize children's music, starting his own label and becoming both an author and an advocate for ecological awareness in the process. Later in his career he founded the Centre for Child Honouring, a foundation promoting his vision of a "children-first approach to healing communities and restoring ecosystems." The son of a well-known portrait photographer and amateur accordion player, Raffi picked up guitar while in high school and cut his teeth in Toronto's early-'70s folk scene alongside other aspiring musicians like David Wilcox and John Lacey. His introduction to writing children's music came about somewhat accidentally when he was invited to perform as part of a folk festival in a local school in the mid-'70s. Around this same time, Raffi's mother-in-law asked him to perform some songs at her nursery school and took note of his natural ability to connect with a young audience. At her urging, he recorded his debut album, a collection of children's music called Singable Songs for the Very Young. At the time there was a noticeable lack of quality in children's music available and his album was quickly embraced by both children and their grateful parents. Not long after, Raffi was signed to A&M, which reissued the album, effectively beginning his wildly successful career as one of the world's most beloved children's entertainers. Aside from 1977's adult-oriented album Adult Entertainment (later reissued as Lovelight), Raffi devoted his total attention to the younger set, releasing a string of popular albums including 1980's Baby Beluga, whose title track would become one of his best-known songs. In 1983, Raffi received the prestigious Order of Canada, the country's highest civilian award, for his work with children. In the late '80s, Raffi re-invented himself as an "eco-troubadour," performing songs about the environment for adults as well as children. An album of ecologically minded songs, Evergreen, Everblue, was released in 1990. His blend of ecological themes and children's fare continued throughout the '90s and into the new millennium. In February 1996, the Rounder label announced that they had reached an agreement with Raffi to reissue his first 11 albums. The first release, The Singable Songs Collection, united his first three albums. 2000 saw the publication of his memoir, The Life of a Children's Troubadour. This period also saw the formation and development of his Child Honouring philosophy, which he further explained in a 2006 book titled Child Honouring: How to Turn This World Around. Even with all of his charitable efforts, he has continued to write and perform, releasing new albums like 2009's Communion, 2016's Owl Singalong, and 2018's Dog on the Floor. Raffi, whose music blends folk, reggae, ragtime, gospel, jazz, country, and calypso influences, has remained faithful to his non-commercial approach. Throughout his career he has refused to play in larger theaters, always attempting to keep ticket prices low and constantly turning down commercial endorsements. He once turned down an opportunity to perform at New York's Madison Square Garden because he felt the venue's size would prevent his connecting with the children. He also declined a Hollywood production company who wanted to adapt a film version of his "Baby Beluga" song after learning that its marketing approach would pitch advertisements to children. He has also founded the anti-bullying Red Hood Project, promoting online security for children. ~ Timothy Monger & Craig Harris, Rovi