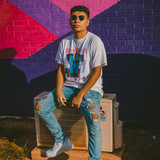 Omar Martinez, also known as Illuminize is an American Hardstyle Producer/DJ based out of Athens, Georgia, USA. He began producing at the age of 15 back in 2014 after only discovering Electronic Dance Music a few months prior. He experimented with various sub genres but eventually settled for Hardstyle . In late 2018, after only 4 years of producing, he signed with X-Bone Records, Scantraxx's talent label. Shortly after his release, he received his very first out of state booking in Los Angeles, California. A couple months after his X-Bone release he released his new track 'Radiate' on Scantraxx Global, thus being his biggest release to date.