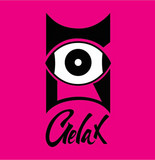 Dreamy vocals, alienated lyrics, hypnotic grooves, guitar loops and climaxing conclusions of sound equals fantasy indie music of GelaX. Combining the familiar sounds with a darker twist into alien territories, to keep you on your toes. Their venture started in Toronto, Canada in 2016 as a due between GelaxKey and TareqAz after fleeing their dictatorship countries from persecution to pursue music and find a new beginning. Using their passion as an outlet to fuel their songs of protest against oppression, discrimination and cultural shackles. With Jason joining on bass in 2018, and Joaquim on drums, the sound grew more tribal and deeper with a raw live edge. Drawing inspiration from various genres, fashion styles and statements, avant-grade art and videos, Gelax combine multi colourful visuals and DIY experimental photos against darker moods and subject matters to go along with their chameleon-esque style of fantasy music, as evident in their Instagram. Their most recent singles “Life”, “Crazy Arms”, and the self directed “Mr Square”s video jab at misogyny(produced by Juno award winner Tim Abraham), generated enough buzz to get featured on CBC news & the Toronto Guardian. You can catch them at Canadian Music Week Festival in 2021 , with the release of their EP “Dreamonic” Jan8, and a full length album to follow mid year dealing with the current world’s status quo. Keep your eyes, ears and hearts open and expect the unexpected.