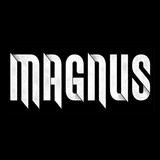 Sydney’s Oddly Timed Stoner Jazz Rock with a Dash of Goth three-piece Magnus formed in 2012 to bring their urgency, fearlessness in experimentation and healthy disregard for genres to Australian music. Live Magnus, derived from "Magn-hus" and translating as "powerhouse" in Old Norse, are defined by their name. Set up as a power trio which gives maximum impact and at times space for each instrument. Since their debut album’s release in 2016, it has received critical acclaim by both online and print media with The Sydney Morning Herald stating that “The band clearly likes to tease and with terrific self-confidence in their undoubted abilities the approach does create a lively anxiousness within their music.". A casual open mic at Melbourne’s famous Cherry Bar landed them a residency and nomination for Cherry Bar’s best live band of the year award. In 2018 recording of the follow up took place under supervision of Aria award winning producer / engineer Paul McKercher and COG’s Lucius Borich on drums it promises an even more raw and visceral approach yet still including the unexpected twists and turns Magnus have become known for. Both Paul McKercher and the legendary Bob Clearmountain (Grammy winner, USA - Rolling Stones, Springsteen, The Preatures) have been mixing songs and Brian Gardner, Grammy winner and known for Queens of the Stone Age's Songs for the Deaf album, mastering the album. The album is set to be released in full in 2019. https://www.entermagnus.com/info