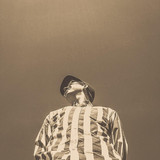 Joni Ljungqvist (JPL) is a Swedish music producer, DJ and owner of JPL Music who creates lush, atmospheric and melodic music in a variety of genres.   Joni has a traceable music record history dating back to 2002, when he first started releasing music online, having his first official release together with Terje Bakke called Fanatic (2004), outstanding for its good reviews on Armada sublabel Electronic Elements and championed by Markus Schulz.   In 2005 he released music on the classic dance music label Bonzai Progressive and had his first appearance on Tiësto's In Search Of Sunrise 4 - Latin America with People I Used To Know coming out on Gesture Music; a year later, Green Astronauts, a somewhat left-field trance record came out on Tiësto’s own record label and was also featured on his mix compilation In Search Of Sunrise 5 - Los Angeles. He followed this up in 2009 when Whenever I May Find Her was featured on In Search Of Sunrise 7 - Asia.   Producing and DJing mainly dance music in the following years, Joni has been active under a wide variety of artist names such as A Boy Called Joni, LNQ, JPL, Ljungqvist and more releasing music on Blackhole Recordings, Bonzai Progressive, Anjunadeep and others.   Joni now produces music and audio in more fields on his own JPL Music.