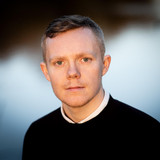 Clarinettist JOSEPH SHINER regularly appears at venues and festivals around the United Kingdom and internationally. He is the recipient of numerous prizes including the Hattori Foundation Senior Award, the Making Music Philip and Dorothy Green Award for Young Concert Artists, the Worshipful Company of Musician’s Prince’s Prize and the Royal Academy of Music’s Buffet Crampon Clarinet Prize. A selected artist for Making Music and the City Music Foundation, he is currently Artist-in-Residence at Lancing College, and was featured as BBC Music Magazine's 'Rising Star' in August 2016. Joseph made his London solo debut with the Cambridge University Symphony Orchestra at St. John’s Smith Square in 2011. As a chamber musician he has collaborated with the Endellion and Alauda quartets, as well as pianists Somi Kim and Ashley Fripp, and is a founding member of the wind chamber group ‘Magnard Ensemble’. ​ Joseph’s initial study took place at Wells Cathedral School, Somerset, under the tutelage of Kevin Murphy and Timothy Orpen. He subsequently read Music at Gonville and Caius College, Cambridge University, graduating with First Class honours and several awards and prizes, before moving on to study with Angela Malsbury, Mark van de Wiel and Chi-Yu Mo at the Royal Academy of Music, London, where he graduated with Distinction and the DipRAM. Subsequently he has undertaken private study with Patrick Messina, Christopher Richards and Andrew Marriner.