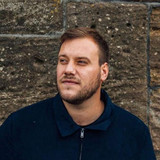 'A fantastic vocal talent with huge potential' (BBC Introducing) 'Sam is conquering the grind to find success with over 1 million Spotify streams.' (AWAL) Hailing from Devon, Sam began his solo career as a busker in Melbourne, Australia, where he was able to develop a distinctive folk inspired singer-songwriter style influenced by the likes of Matt Corby. Upon returning to the UK and relocating to Bristol, Sam began to focus on shaping his sound and following and became a regular in the festival circuit, with highlights including Glastonbury, Reading & Leeds. Inspired by the pace and diversity of the city, Sam’s music has now matured into a fusion of alternative indie whist still preserving that earnest and warming singer-songwriter edge. 'Remarkably endearing' (Gigwise) 'Incredible live performance' (Flux Presents)