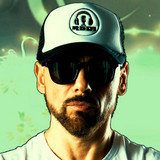 RSDJ is the music project as "DJ and singer" created by Roby Santini, which includes the singles Come to Me, Sorry, and Elektrodancing. Roby Santini

is definitely one of the most important Italian music producer over the past few years, who produced unforgettable dance songs in the 90’s and early 2000s, selling millions of copies all around the world. More specifically, he is: - Author and producer for the music project THE SOUNDLOVERS, which included songs such as Run Away, Surrender, Walking and Living in Your Head, selling 4 million of copies worldwide. - Author and producer for the music project BILLY MORE. The hit Up & Down immediately reached the top of all European charts and nowadays is still played by many deejays. - Author, producer and singer for the music project HOTEL SAINT GEORGE, which included the singles Welcome to My Life, Never Say Never, Lost in You, Looking 4 A Good Time and Figli delle Tenebre, well-known by "Italodance" style lovers. Nowadays, Roby still works as a DJ and singer, as well as a music producer for himself and artists around the world. He is also the main character of a live show, called Il Ragazzo di Campagna Show, in which he delivers a new interpretation of Italian and international folk music through songs, original sounds, choreographies and costumes. His live show is very successful for people of all ages both from Italy and Italian communities around the world.