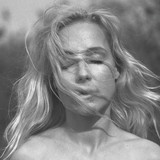 Lenna Kuurmaa (born 26 September 1985 in Tallinn, Estonia) is an Estonian singer-songwriter. She was a member of the girl group Vanilla Ninja, but after the band's hiatus since 2009, continued to work as a solo-artist. She also formed a band with the name "Lenna" who released the debut album Lenna in June 2010.

2018, she released her third studio album ''3X'', produced by Raul Ojamaa. This is the most personal album Lenna has given out and written. You can also find single ''Kolm korda'' and ''Keeruta'' from the album.