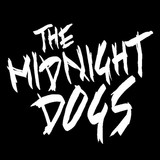 "Sleazy, a little bit glammy, and certainly a lot riffy.” - Wyatt Wendels - Planet Rock “The Midnight Dogs won me over on how their performance translated splendidly into the acoustic setting.” - Powerplay Magazine “Eyebrows and ears were raised as the full on rock and roll bluster of The Midnight Dogs gave me a mile wide smile! Blasted out in the vein of Dr. Feelgood in their prime, they took no prisoners with their allotted stage time. The Leicester based band kicked out the jams with no frills, point proven by the aptly titled Down ‘N’ Dirty” - Planet Mosh “Over on the acoustic stage one highlight is The Midnight Dogs who have long declared that only rock ‘n’ roll can save their collective souls. Fronted by the barely-repressed ball of energy that is Rob Cass, a loose-limbed master of ceremonies who recalls a young Mick Jagger, the band can always be relied upon to deliver an impressive set whether acoustic or electric and tonight is no exception. Indeed, the band manage to revive so many flagging spirits with their good time rock that an encore is not so much requested as demanded, and it’s always a pleasure to see the band receiving the adulation they so richly deserve.” - SonicAbuse