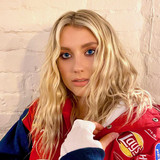 Bursting on to the scene in 2014, at just 18-years-old Ella Henderson went on to achieve global success with her debut single, ‘Ghost.’ Co-written with Ryan Tedder, the song became the fastest-selling debut single from any British Artist in 2014. That same year, Ella’s debut album, ‘Chapter One,’ (Salaam Remi, Babyface, Steve Mac, TMS) spawned her first Platinum selling album, making her one of only 3 UK artists to break Platinum in 2014. A revered artist, in 2015 Ella received two prestigious BRIT Award nominations for 'Best British Female' and 'Best British Single', rounding off the year with a landmark sell-out UK headline tour, which included two shows at London’s Shepherd’s Bush Empire. Following a whirlwind few years, Ella returned to the studio to being work on her next project. During the process she continued to collaborate with some of the biggest names in music, appearing on hits produced by superstar DJ’s Kygo and Sigma. She also returned to the live stage, touring with the likes of Take That, James Arthur and Rudimental, the latter of whom signed her to a new record deal with their label Major Toms/Asylum. For Ella, this marked a brand new start. “I want it to be fresh,” says the 23-year-old. “The industry's changed so drastically since I last released music over four years ago. I want to embrace that. I want to treat everything like it's a clean slate.”