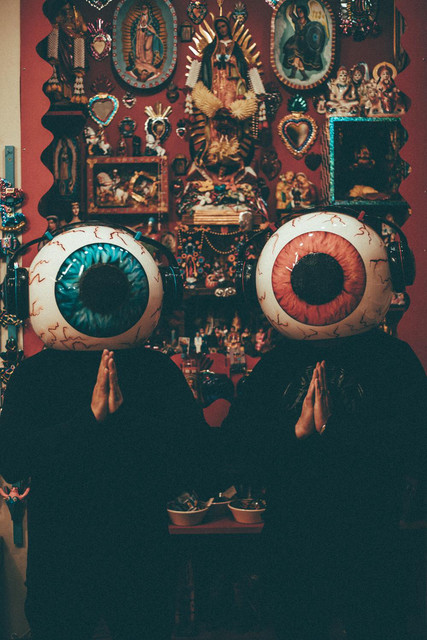 Born on the European EDM scene by two electronic music producers with a 10-year solid experience, the Eyes Of Providence project started in 2012 as a strong musical proposal with an astonishing look and a stunning visual show. Their debut single, “Party Time”, reached the top positions of the main Spanish charts, as did their second track, “Someday”, which reached the #1 position on Maxima FM and broke into the European charts. They are also well known for their remixes for artists such as Snoop Dogg, with the great “Boom”, and Krewella’s “We Are One”. They have played many of the major festivals and clubs sharing stage with international artists as Steve Aoki, DVBBS, Deorro, Glow in the Dark, Army of Universe and Basto. In 2015 they signed for DoctorMusic.dj. This exciting, new adventure kicked off with the release of “Renegade” and a residence at Life In Color at Privilege Ibiza. In May 2016 arrives their single “Razor Blade”, featuring the powerful vocals of singer Adassa. They finished 2016 with the release of their second E.P., the international “World Wide”, whose single “Bipolar” is already in the main charts of Dance stations. 2017 starts with the creation of their own label, Bass Religion, and a collaboration with Dimitri Vegas &amp; Like Mike and Diplo, releasing a remix of “Hey Baby” for the Latin American market. Nowadays Eyes Of Providence are touring

in the best dance clubs of China with more than 30 shows, walking with their new Hits "No Tomorrow" &amp; "Friendship".