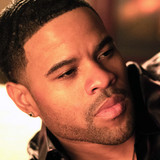 RJ Griffith is a singer-songwriter from Chicago who inspires people in love, spirituality and to chase their dreams. During RJ's professional singing career he had one of his songs licensed into an independent movie, had his original song "Good Day" played on two Chicago radio stations and a variation of “Good Day” used in a TV commercial for a four-month Fox 32 Good Day Chicago marketing campaign. In addition, RJ has toured the country with a national recording group and performed at multiple Obama Foundation events, the National Anthem at multiple Chicago White Sox games, the Fox 32 Good Day Chicago morning show and appeared and performed on the Later with Leon late night show. You can also hear RJ’s music playing over the loudspeaker while shopping in many Kroger owned stores! Additionally, Griffith’s music has opened doors for him to speak and perform at multiple youth events, including teen conferences, anti-bullying conferences and school assemblies and he is currently working on his follow-up EP to A Good Day... with a scheduled release in 2022. RJ is also very passionate about his community and in June of 2019, he officially started his own 501(c)(3) nonprofit, a youth open mic and community outreach program for the Chicagoland and Northwest Indiana area, called Positive Vibes Only. For more information and to connect with RJ, you can visit his official website www.rjgriffith.com and find him on Instagram, Facebook, Twitter, YouTube and Soundcloud @rjgmusic.