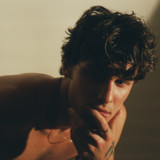 A Juno-winning and Grammy-nominated pop singer/songwriter who broke records with his debut single, Canada's Shawn Mendes became known to international audiences when he was just 15. His mix of Ed Sheeran's and Justin Bieber's styles was a hit from his first single, 2014's "Life of the Party," which made him the youngest artist to land a debut single in the Top 25 in the U.S. His full-length debut, 2015's Handwritten, went to number one in the U.S. and Canada, a feat repeated by releases including 2018's Shawn Mendes, his third studio album. Born and raised in Pickering, Ontario, in Greater Toronto, Shawn Peter Raul Mendes taught himself guitar at the age of 14. He also sang in his school's glee club and took acting lessons as a teen. After posting a series of cover songs to various video-sharing sites beginning in 2013, he earned a dedicated following of viewers. His version of A Great Big World's "Say Something" won Ryan Seacrest's cover-song contest in April 2014, and Mendes signed to Island Records a month later. That June, they released the then-15-year-old's debut single, "Life of the Party." American radio initially ignored it, but the track entered the Billboard Hot 100 at number 24, making Mendes the youngest artist to land their first single in the Top 25. The song was also included on his four-track Island debut, The Shawn Mendes EP. The EP performed well, reaching number five on the Billboard charts and setting the stage for his full-length debut, 2015's Handwritten. Handwritten debuted at number one in the U.S., Canada, and Norway, also reaching the Top Ten in several other European countries. Meanwhile, Mendes had his first U.S. Top Ten hit with third single "Stitches," reaching number four while topping the singles chart in the U.K. In addition, his song "Believe" appeared on the soundtrack for the Disney Channel fantasy musical Descendants. While opening for Taylor Swift on the North American dates of her 1989 World Tour, Mendes and Fifth Harmony's Camila Cabello collaborated on the song "I Know What You Did Last Summer," which was included on a deluxe version of Handwritten that arrived in November 2015. The song reached the Top 20 of the American and Canadian singles charts. Recorded in upstate New York and issued in September 2016, Mendes' second long-player, Illuminate, offered the Top Ten tracks "Treat You Better" and "There's Nothin' Holdin' Me Back." Featuring co-songwriting contributions from Teddy Geiger and Scott Harris, the album debuted at number one in the U.S. and Canada, and "There's Nothing Holdin' Me Back" went on to win a Juno Award for Single of the Year. Illuminate was followed in December by the digital-only Live at Madison Square Garden. Mendes launched a massive world tour in April 2017, which included a live acoustic session for MTV Unplugged that was released in November. In April 2018, Mendes performed his song "In My Blood" at a concert for Queen Elizabeth II's 92nd birthday at the Royal Albert Hall in London. The track's lyrics explored the songwriter's struggles with anxiety disorder and was later released as the lead single for his third full-length, Shawn Mendes, which arrived in May of that year. Featuring collaborations with Geiger, it debuted at number one in the U.S., Canada, and Australia and earned a Grammy nomination for Best Pop Vocal Album alongside the lead single's nomination for Song of the Year. In Canada, the eponymous LP collected Juno Awards for Pop Album and Album of the Year, and Mendes won Artist and Songwriter of the Year. "In My Blood" earned him yet another Juno, his second for Single of the Year. A deluxe version of Shawn Mendes followed later in 2019 containing the hit singles "If I Can't Have You" and "Señorita." Again featuring Camila Cabello, "Señorita" became a global chart-topper that picked up a Grammy nomination for Best Pop Duo/Group Performance. "Wonder," the title track and first single from Mendes' fourth album, went to number 18 on the Billboard Hot 100 after its October 2020 release, while its sequel "Monster" -- a duet with Justin Bieber -- peaked at eight. Wonder appeared on December 4, 2020, reaching number one in both the U.S. and Canada. ~ Marcy Donelson & David Jeffries, Rovi