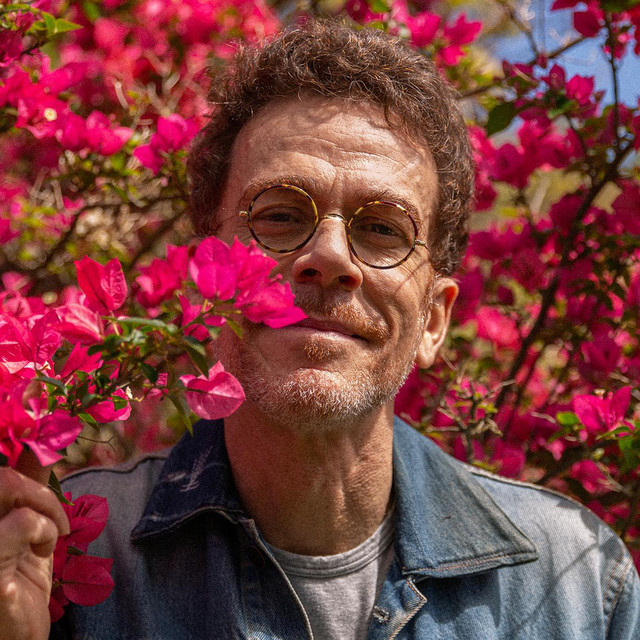 Quoting statistics when starting an article about a performance artist is highly unusual but in the case of Nando Reis it is necessary to show his true artistic range. In 2016 he was the 6th most played live artist in the country, his songs were 13th in the list of most played on radio and number 1 (#1) in the category of ambient sound. Given that, it is no exaggeration to say that in his 35 year career since he first took the stage as a Titã in 1982 (from his former band The Titãs) his writing output turned him into one of the principal Brazilian composers in history. To put that into context the next artists in the most played songs list are Caetano Veloso, Renato Russo (Legião Urbana) Lulu Santos and Djavan. Not counting the overseas side of Nando - in current 2018 he already made a European tour with the Trinca de Ases (when he perfom along with Gal Costa and Gilberto Gil), last year he did shows in the United States and Europe with band and has been doing these tours since 2010. ‘Diariamente’ sung by Marisa Monte, ‘All Star’, ‘O Segundo Sol’ and ‘Relicario’ recorded by Cassia Eller, ‘Resposta and ‘É Uma Partida de Futebol’ recorded by Skank, ‘Do Seu Lado’ by Jota Quest, ‘Onde Voce Mora?’ and ‘Querem meu Sangue’ by Cidade Negra. All of them were major hits in Brazil and were written by Nando Reis, alone or in partnership with the artists.