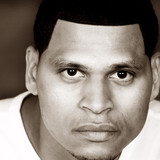 In addition to teaching the first set of college level Hip Hop Production courses in the entire state of Texas at Austin Community College, Ray Sr. is also an up and coming actor with a lead role in a new feature film based on his own true life story. Ray Sr. began attending audio engineering courses to further his music career in 2008.