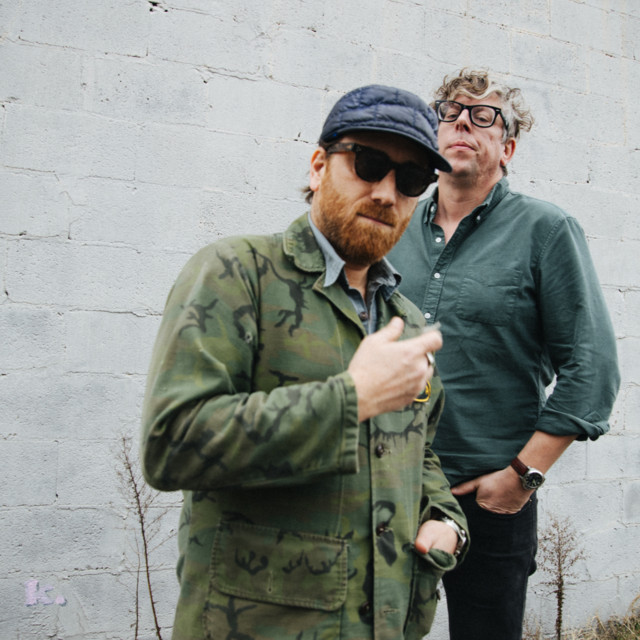 It's too facile to call the Black Keys counterparts of the White Stripes: they share several surface similarities -- their names are color-coded, they hail from the Midwest, they're guitar-and-drum blues-rock duos -- but the Black Keys are their own distinct thing, a tougher, rougher rock band with a purist streak that never surfaced in the Stripes. But that's not to say that the Black Keys are blues traditionalists: even on their 2002 debut, The Big Come Up, they covered the Beatles' psychedelic classic "She Said She Said," indicating a fascination with sound and texture that would later take hold on such latter-day albums as 2008's Attack & Release, where guitarist Dan Auerbach and drummer Patrick Carney teamed up with sonic architect Danger Mouse. In-between those two records, they established themselves as rock & rollers with a brutal, primal force and songwriters of considerable depth, as proven by fine albums like 2003's Thickfreakness and 2004's Rubber Factory. Natives of Akron, Ohio, the Black Keys released their debut, The Big Come Up, in 2002, receiving strong reviews and sales, and leading to a contract with Fat Possum by the end of the year. That label released Thickfreakness, recorded in a 14-hour session, in the spring of 2003, and the Keys supported the album with an opening tour for Sleater-Kinney. The Black Keys' momentum escalated considerably with their 2004 album Rubber Factory, which not only received strong reviews but some high-profile play, including a video for "10 A.M. Automatic" featuring comedian David Cross. The band's highly touted live act was documented on a 2005 DVD, released the same year as Chulahoma -- an EP of blues covers -- appeared. The Black Keys made the leap to the major labels with 2006's Magic Potion, a moodier record that continued to build their fan base. The band capitalized on that moodiness with 2008's Attack & Release, whose production by Danger Mouse signaled that the Black Keys were hardly just blues-rock purists. Salvaged from sessions intended as a duet album with Ike Turner, who died before the record could be finished, the album was the Black Keys' biggest to date, debuting in the Billboard Top 15 and earning strong reviews. Following their second live DVD, the Black Keys spent 2009 on side projects, with Auerbach releasing his solo album Keep It Hid in the beginning of the year, and Carney forming the band Drummer, in which he played bass. At the end of 2009, Blakroc, a rap-rock collaboration between the band and producer Damon Dash, appeared. Brothers, released in 2010, became their biggest album yet, generating the hit singles "Tighten Up," "Howlin' for You," and "Next Girl." It also saw the Keys returning to their tough blues roots with a new grandness, earning three Grammy Awards, landing on year-end lists from NPR to Rolling Stone, and going gold. The band offered a more straight-ahead rock & roll sound with 2011's El Camino. On the strength of the hit single "Lonely Boy," El Camino debuted at number two on Billboard's Top 200 and the Black Keys worked the album hard throughout the next year, releasing "Gold on the Ceiling" as the record's second single and touring heavily. In the fall of 2012, the Tour Rehearsal Tapes EP -- a brief collection of live-in-the-studio run-throughs of 2012 material -- was released. Once again tapping Danger Mouse to produce a follow-up, the band went back into the studio in summer 2013 to record. Standing in contrast to the short, spiky rock & roll of El Camino, Turn Blue had a psychedelic undercurrent that could be heard on its preceding singles "Fever" and "Turn Blue." The album appeared early in May 2014 and promptly debuted at the top of the pop charts. Following the promotional cycle for Turn Blue, the Black Keys went on an extended hiatus. Auerbach kept himself busy with plenty of production gigs, along with forming a second band -- the soul-inflected the Arcs --and delivering a second solo album, Waiting for a Song, in 2017. Carney also worked as a producer, notably collaborating with Michelle Branch on her 2017 album Hopeless Romantic. The Black Keys returned to action in March 2019 with the release of the single "Lo/Hi," the first song from their ninth album Let's Rock. Upon its release in June of 2019, Let's Rock debuted at four on Billboard's Top 200 and three on the U.K. charts. ~ Stephen Thomas Erlewine, Rovi