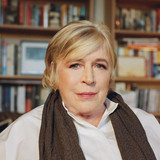 A beautiful and articulate individual in the London scene of the 1960s, Marianne Faithfull was the product of her unusual background as the convent school-educated daughter of an English MI6 spy father and dancer mother from the Austro-Hungarian von Sacher-Masoch family. Spotted, in 1964 at the age of 17, by The Rolling Stones’ manager Andrew Loog Oldham and finding herself only three months later a Top 10 pop star with her evocative reading of Jagger/Richards’ As Tears Go By – she has lived a wholly eventful life and produced a wide and varied catalogue of albums. ‘Negative Capability ’ is Marianne Faithfull’s 21st album and the most emotionally powerful of her 54-year recording career. Facing down arthritis and bolstered by collaborators including Warren Ellis, Nick Cave, Rob Ellis, Ed Harcourt and Mark Lanegan, ‘Negative Capability’ is charged with brutal honesty and autobiographical reflection as she addresses losing old friends, her loneliness living in her adopted city of Paris, and love. Driven by her supernatural reinterpretative skills, florid lyricism, battle against the pain she lives with, and realised with her stellar group of musicians at La Frette studios near Paris, ‘Negative Capability’ is Marianne’s unflinchingly honest and relentlessly beautiful late-life masterpiece. The stark emotional heft, exquisitely framed by ornately sensitive musical backdrops can only be likened to the late-life works by Johnny Cash or Leonard Cohen.