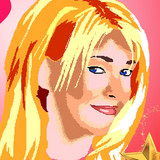 Sabrina Spellman was mixing dope beats in the other realm, which she recorded onto her inherited heirloom tape machine, made with her carboot-sale drum machines and charity-shop synthesizers, and decided to import them into her eMac. She was pleased with how they sounded, and used Bias Peak to bring them in-line with ITU BS.1770 standards. Suddenly, after a rousing game of chase-and-mouse, the housecat (Salum) ran into her bedroom with his typical brusque countenance. "Hey, who's been raving out to some GROOVY tunes?", and SaylemCat suddenly started dancing on the keyboard of the computer. All was quite funny, when Salem the CAT hit upload by accident and sent the tracks raining from the New England attic onto Soundcloud in the future, via inter-timeal-dimentional-modem-travel. Now the tracks are being uploaded and the social media is updated by Salem the cat, from an old colonel dutch-house, somewhere in 1996.<br>