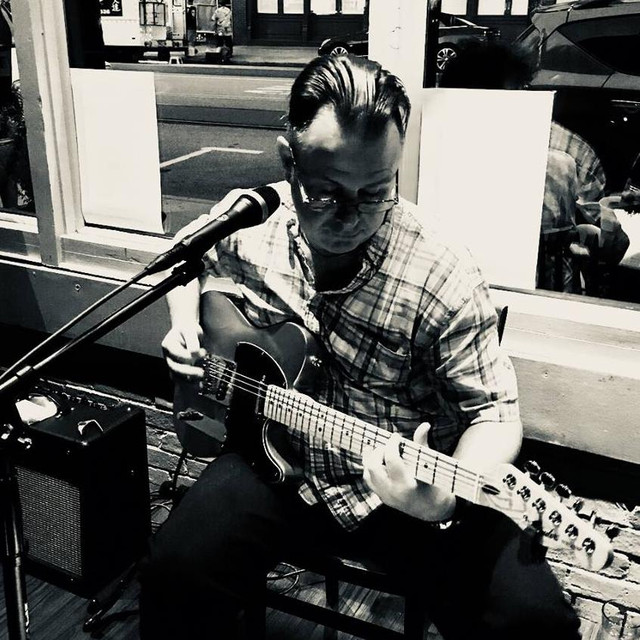 Richard Wilson was born in Edinburgh, Scotland and grew up near London. Fascinated by music and American culture from an early age- he grew up listening to the Beatles, sixties folk music and the singing cowboys such as Gene Autry. The emergence of Punk and New Wave in the late 1970's prompted him to learn to play guitar, write songs and form a band. Playing in pubs and the university circuit he forged a path of songwriting and performing- gaining much experience along the way. He has been influenced by a wide range of music : blues, soul, gospel and country are in his musical DNA. Buck Owens ,Roy Buchanan , Muddy Waters , Clarence Gatemouth Brown ,Pee Wee Crayton , Aretha Franklin and Sister Rosetta Tharpe are all in there. There is also a jazz and swing feel in there with Cab Calloway , Les Paul and Bobby Darin. For vocal inspiration Perry Como and Bobby Darin are paramount. In summary : if you like the smoothness of Bobby Darin with the blues shuffles of Howling Wolf and a little gospel, tinged with jazz overtones - this is for you - an all original genre! Working in the recording industry selling equipment for many years would eventually bring him to the USA. Now living in Memphis, he performs live every week - and still writes songs and releases albums. He is planning a follow up book to “Writings-Volume One” (available on Amazon) -an examination of his songwriting and song lyrics. Check out his website www.galaxytracks.com for all the latest news.