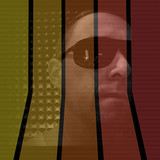 The Barcelona producer has been regular in many top artist playlists, known for his luscious beach and chill sound Medsound managed to progress thru an array of music styles over the years, with his first steps into the world of music in the 90’s, playing in different Indie Rock bands, before he started evolving and growing into the electronic music producer he is today. ​ His particular vision of electronic music has a big influence from 80’s music and vintage gear ​ He is an enthusiast and collector of analogue classic synthesisers and the ‘old school’ way of mixing with hardware in the studio ​ In 2017 he founded Beach Lounge Records, where he releases part of his productions since then, and promoting releases of new talented producers  ​ Besides music he has produced several popular sample libraries for brands like Zenheiser, Sample Magic, Splice and designed presets libraries for Synthesisers  ​ In 2019 he started a new musical project called 𝟳𝗗𝗿𝗲𝗮𝗺𝘀 to explore new music styles He feels confortable as a studio producer, but he always likes to find time and events where to DJ and feel live music Besides his home town Barcelona, Medsound calls Formentera, Balearic Islands, with which he has had a great bond since childhood, his second home. The island serves him as base during the summer, a place he uses to gather inspiration and to soak up the warm felt atmosphere, which he employs into what has become his legendary signature sound.